Fermentation is one of the oldest food-preservation methods on the planet, and it was largely discovered by accident thousands of years ago. The chemical process of converting natural sugars in the presence of yeast and other microorganisms produces flavors that go beyond salty or sour to encompass a distinct and desirable funkiness that many palates crave. Fermentation is also used to produce alcohol.

The popularity of fermentation today is seen on many menus that highlight Korean (kimchi, gochujang), Middle Eastern (yogurt, labne), Indian (dosa, lassi) and Japanese cuisine (miso, dashi). It taps into the growing appetite for probiotics (kombucha, kefir). And it squares perfectly with the huge artisanal and regional food trend (pickles, sauerkraut).

Fermentation is also an amazing vehicle for culinary experimentation and flavor adventure. At Bellota, a Spanish restaurant that’s part of the Absinth Group in San Francisco, the tapas-intensive menu is apt to include items like Brusela (roasted, fermented brussels sprouts, vinagreta flavored with the fermented fish sauce known as garum, and idiazabal migas); octopus paired with smoked potato, hazelnut romesco and preserved lemon aioli; and Seta (vegetarian paella made with corn and wild mushroom, summer squash, romano bean, green tomato, and black garlic). Emmer & Rye, in Austin, Texas, uses housemade products such as fermented tomato water, sugar-fermented Green Mustange grapes, green allium pod “capers” and toasted mesquite vinegar to add balancing acidic notes and flavor to recipes. These and other items also are part of chef-owner Kevin Fink’s robust “root to shoot” philosophy of using every part of a plant in the kitchen in order to address food waste—and boost culinary creativity.

**Did You Know? **According to Technomic, kimchi continues to proliferate across menus: it rose 1.7% over the past year and 7.0% since 2016

It’s no accident that fermented foods are loaded with umami, the sought-after “fifth flavor” (after salty, sour, sweet and bitter) that is generally described as savory. When chefs want to create an umami bomb of flavor, they often turn to such simple fermented staples as soy sauce, fish sauce, Worcestershire and Maggi Seasoning. Other fermented products that provide umami include miso, oyster sauce, kimchi and natto (Japanese fermented soybeans).

Pickled vegetables are also a great source of umami, especially those made with another umami ingredient such as alliums or mushrooms. Many chefs are experimenting with these fermented favorites, from quick-pickled carrots, onions and radishes to long-cured krauts. In addition to serving as a garnish for sandwiches, pickles can be served on meat and cheese boards or even showcased on a seasonal pickle plate.

And of course, there are the alcoholic beverages—and flavor enhancers—produced through fermentation, including cider, beer and wine. As with so many products in this artisanal age, traditional methods are being explored and elevated in exciting new ways, from New England and Northwestern fruit ciders to Belgian-style beers and natural wines, which are made with minimal chemical and technological intervention. Many have a distinctive sour or even funky flavor that is much appreciated by connoisseurs. 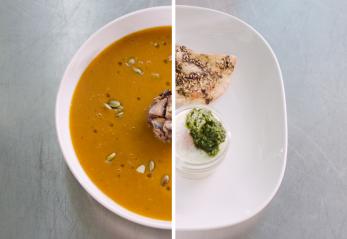 Make it with MINOR’S®: Vegan Alfredo 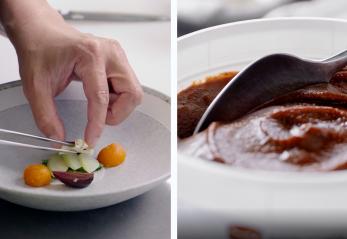 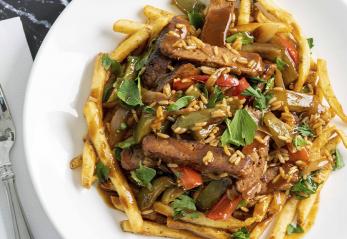 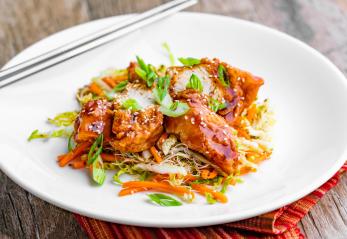 Up Your Global Flavor Game