Barbecue in Asia shows just as much diversity in the choice of meat and preparation method, and America’s growing interest in Asian flavors and ingredients suggests a way to introduce these distinctive styles to food-curious patrons.

Most Asian barbecue has its roots in street food traditions, centered on thinly sliced meats (often skewered) that are boldly flavored and quickly cooked over charcoal.

Did You Know? Filipino cuisine is in its inception on mainstream U.S. menus, making an appearance in fine dining and mixology.

Inihaw, the kind of barbecue I grew up within the Philippines, is made with thinly sliced pork belly, marinated in garlic, soy, vinegar and/or citrus juice, and hot pepper, and served with a dipping sauce that includes many of the same ingredients. Many Filipino cooks also put 7UP or Sprite in their marinade, which helps to tenderize and caramelize the delicious, fatty meat. Other popular Filipino barbecue specialties include whole baby octopus or squid (pusit) and grilled lemongrass chicken, as well as various fish.

Did You Know? Korean barbecue has grown 56.3% on menus over the past four years; bulgogi alone has experienced 40.6% growth.

Korea has a robust tradition of barbecue that is typically based on beef, including bulgogi (thinly sliced steak, such as sirloin or rib-eye) and kalbi (short ribs). The meat is first marinated in a distinctive mixture of soy sauce, sugar, sesame oil, garlic, ground black pepper, and other ingredients such as puréed pears or onions (which act as a tenderizer), and served with lettuce leaves and spicy gochujang pepper paste for wrapping.

Many Korean restaurants feature tabletop grills, where the meat can be cooked by either a server or the customer, making for a fun, interactive experience. Seasonal banchan, including kimchi and other vegetable side dishes such as seasoned soybean sprouts, are served alongside.

Did You Know? Yakitori is in the Adoption menu cycle phase, appearing in trendy restaurants and specialty grocery stores.

Japanese yakitori is all about skewered grilled chicken, marinated and basted with a mixture of soy sauce, mirin, sugar, and sometimes sake. Although many diners will be familiar with skewers of bite-size chicken breast or thigh—perhaps threaded with sections of scallions—true yakitori is a celebration of the entire bird, including the tail, skin, livers, gizzards, wings, meatballs, and other parts. Yakitori bars will serve these different skewers à la carte, along with other proteins (for instance, shrimp and squid) and lots of different vegetables, such as mushrooms, asparagus, and shishito peppers. The most authentic cooking fuel is Binchotan white charcoal, which is odorless and burns very hot.

Another style of Asian barbecue to think about is Vietnamese thịt nướng (grilled pork that has been marinated in an aromatic mix of shallots, garlic, lemongrass, honey, fish sauce, and sesame oil). The umami flavor of fish sauce is so pervasive in Southeast Asian cooking that I think of this all-purpose condiment as the ketchup of Asia.

As distinctive and even exotic as Asian barbecue may sound, it’s all actually quite approachable—just think thinly sliced meat, a simple marinade, and then onto the grill.

Minor’s® has a number of sauces and other flavor builders that can bring Asian barbecue within reach for American kitchens. 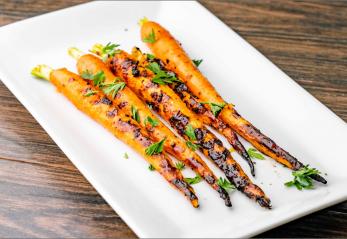 No Meat, No Problem: Let Your Plant-based Ingredients Shine 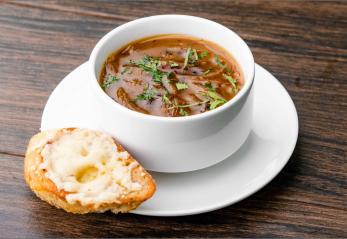 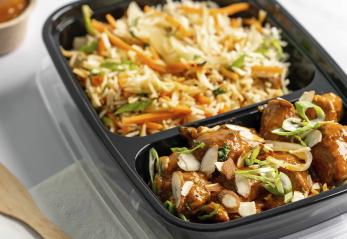 From Across The Globe To Their Front Door

Hand Pies In Any Language